I have been gone so long from this space.. I've been doing stuff, lots of stuff - it did my head in a bit but I think I've got it together now...

Yesterday I made a couple of little skirts. The wee one had a little birthday party to go to, which required a gift and well, she wanted one too. 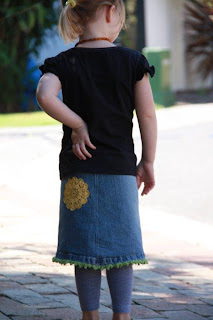 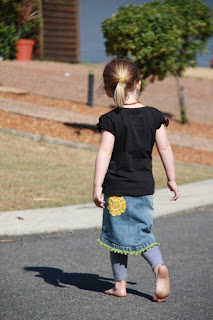 I had a long denim skirt which I didn't wear much, too long for this town (weather wise ... I have no idea about style wise!) so I cut it up. Bonus is that I got a 'new' skirt too. 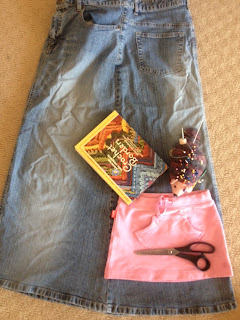 I kept the bottom edge as the new bottom edge so I only had to do one seam, and it was wide enough to make two skirts (in size 3). Along the hem of each I used cotton yarn to crocheted a pretty edge, added 'bits' and then overlocked on a cotton lycra waistband. 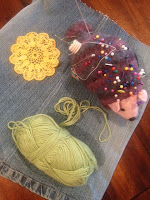 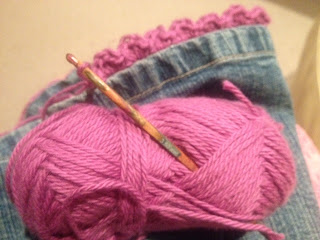 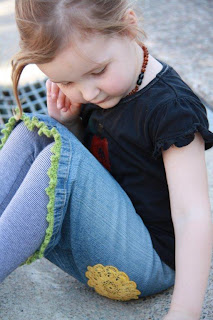 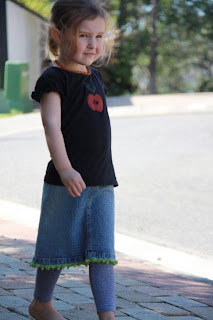 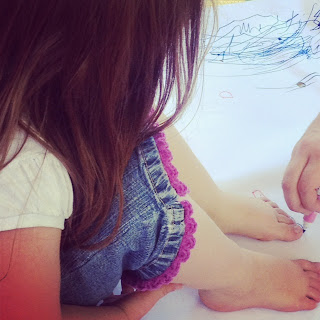 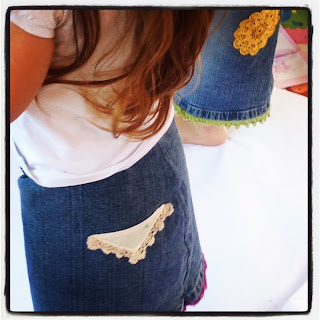 The purple edging I made first by using the idea from a tutorial by Heidi Bears. Heidi uses a really simple back stitch technique to create a place to crochet into. The stitches I used are very simple - sc, 3dc, sc.. Heidi has a step by step tutorial for that too which she created for a little fabric heart.

After I was in the swing of it I did a picot edge on the green one - 3sc, chain 3, slip stitch into third chain from the loop, 3sc.

See now, I have totally missed your brilliance! You are an inspiration. I have one of those long, long denim skirts too, that I hung onto because I liked the material. I'll have to unpack it and reconsider it.

Ah WSW you are so lovely. I have missed this creative space too. Now go get that skirt out and make yourself (and a wee girl or two) something pretty! x

Ah they are wonderful, I have often thought about doing something similar for myself but never knew what to do, wil have to add it to the to-do-list now : ) Thanks and it's nice to be reading here again.