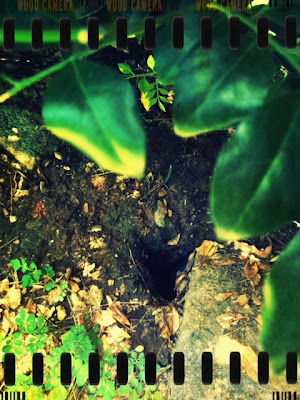 Yesterday the girls discovered a little mouse house under the mock orange hedge. A little grey mouse with a cute little twitchy nose poked its head out. The wee girl sat for hours waiting to see the little fellow again, she asked me for food to tempt it out. I told her it was getting plenty of food from the chook grains. 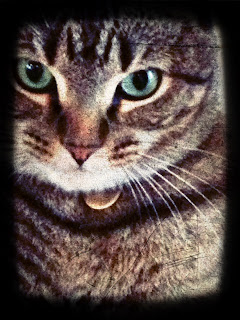 Last night we had friends round for dinner. Late in the evening while we sat in the breeze on the lower deck a cat shot past with 'something' dangling from her mouth (something furry and grey with a long tail).

The wee girl was quite distressed, the cat had 'her mouse'. A mummy mouse coming out to get food for all its babies! We followed the cat, she dropped the mouse in the lounge room and patted it playfully - it was clearly dead. Poor wee thing (clever cat). I turned to my wee girl and told her so, said there was nothing I could do for the little mouse... I was sorry but that is what cats do.

She accepted my words and walked away. Five minutes later she sobbed, distraught - I had to do something! I did the only thing I could, wrapped it gently in a paper towel, stroking its little warm body and remarking how soft and pretty it was as we did. Then we went downstairs to the back garden (one adult and four little girls) dug up some soil from under a border rock and gently laid the mouse to rest. She picked a frangipani and cried a little. 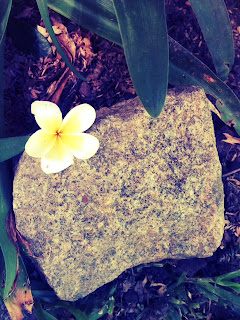 She cried some more a bit later and again this morning. Her little three year old mind is so busy. In her short life we have burried our 18 year old cat and two very nice chooks - she was facinated by the process - daddy digs a hole we put a creature in, plant something on top and then she skips off to play - not this time. This time something died and it was sad, her tiny little heart broke a little.
Posted by S at 8:56 PM

You are such a wonderful mama.

Thank you WSW... It does hurt, my heart aches with her - for exactly that little bit of lost innocence.

I second everything said above by lovely Wabi-Sabi

Poor wee girl, the sadness and the ache :( My girl saw a dead cat along the side on teh road the other day and this is the first time she has thought about seeing a dead creature past when she actually saw it. Not as aware yet, but gave me a small insight and I couldn't help but hold her a bit closer. x